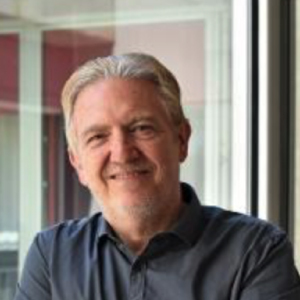 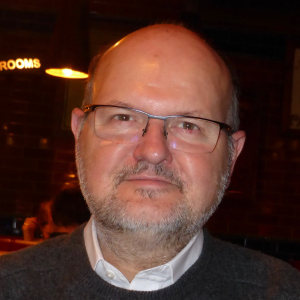 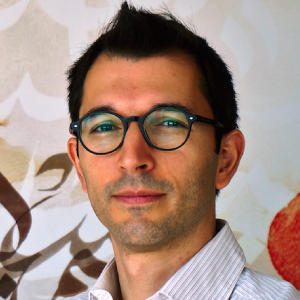 Emeritus member of the board of the European Association for Multi-Agent Systems (EURAMAS); EURAMAS Treasurer; EURAMAS Founding Partner; member of the management board of the Spanish Association on Artificial Intelligence, Vice-Rector for Development of ICT Technologies at the UPV; director of Departament de Sistemes Informàtics i Computació, Deputy Director of the Facultat d’Informàtica at UPV, Deputy Director of the Escola Universitaria d’Enginyeria Informàtica at UPV; leader of UPV[X] project and UPValenciaX Project, the MOOC UPV Project in edX.

In a society that is becoming more and more virtualized computer systems oriented to the paradigm of human-machine interaction are becoming more relevant in society. This type of systems are progressively becoming more complex and require high-level abstractions and metaphors, such as emotion/empathy, that contribute to the improvement of human-machine interaction as well as to the improvement of the simulation of human behavior when modeling human social organizations, capabilities and characteristics that could not be explained by classical lower level specifications. Through these abstractions and metaphors, it is possible to reflect more faithfully the way in which human beings understand the world. Endowing software agents with affective abilities, and in particular with empathic abilities, is one of the metaphors that will make it possible to transform the human-machine interaction paradigm by making it more human-oriented.

Research on Intelligent Systems has traditionally focused on the search for rational solutions that maximize the quality or utility of the result. However, when an agent needs to simulate human behavior, this kind of approach is not the most appropriate. Studies demonstrate that, when facing alternative choices, emotions guide decision-making towards an advantageous direction, influencing the subjective utility of the choices.

In human-machine applications, the human-machine interaction is improved when virtual agents express emotions, enhancing human satisfaction and believability, among others. These are evidencies of the importance of affective characteristics in social and cognitive functions, becoming required characteristics for believable intelligent agents. Several applications can benefit from affective agents, for example, video games, education, health care, personal assitans, and simulations of decision-making, etc.

Yves Demazeau received his PhD in Computer Science at INP Grenoble in 1986. He has been distinguished ECCAI Fellow in 2010 and Doctor Honoris Causa at University of Southern Denmark Odense in 2017. He is Director of Research at CNRS since 1988, and Invited Professor at SDU since 2002. Yves Demazeau is one of the founders of the Multi-Agent Systems (MAS) area. He has edited 41 books or proceedings, has (co-)authored 216 papers and has been invited for 60 lectures, 22 tutorials, and 198 seminars. He has (co-)advised 32 PhD students and 57 MSc and served in 296 conference program committees. He is conducting the PAAMS series since 2009 and the National AI Platform PFIA since 2013. He served as Editor-in-Chief of the French AI Journal (RIA) from 2010 to 2018 and as the President of the French Association for Artificial Intelligence (AFIA) from 2011 to 2020.

How to Trust a Machine?

Iyad Rahwan is a director of the Max Planck Institute for Human Development in Berlin, where he founded and directs the Center for Humans & Machines. He is also an honorary professor of Electrical Engineering and Computer Science at the Technical University of Berlin. Until June 2020, he was an Associate Professor of Media Arts & Sciences at the Massachusetts Institute of Technology (MIT). A native of Aleppo, Syria, Rahwan holds a PhD from the University of Melbourne, Australia.

Rahwan's work lies at the intersection of computer science and human behavior, with a focus on collective intelligence, large-scale cooperation, and the societal impact of Artificial Intelligence and social media. His early work explored how  social media can be used to achieve unprecedented feats, such as searching an entire continent within 9 hours, and re-assembling shredded documents. He led the winning team in the US State Department's Tag Challenge, using social media to locate individuals in remote cities within 12 hours using only their mug shots.

Recently, Rahwan led a team that crowdsourced 40 million decisions from people worldwide about the ethics of autonomous vehicles. Through a series of projects, he also exposed tens of millions of people world-wide to new implications of AI, such as bias in machine learning, human-AI creativity and the ability of AI to induce fear and empathy in humans at scale.

Another theme that interests Iyad is the future of work and human-machine cooperation. He demonstrated the world's first human-level strategic cooperation by an AI, and innovated new methods to anticipate the potential impact of AI on human labor.

Iyad Rahwan's work appeared in major academic journals, including Science, Nature and PNAS, and features regularly in major media outlets, including the New York Times, The Economist, and the Wall Street Journal. It was also featured in some of the world’s leading museums, such as Science Museum London and Cooper Hewitt Smithsonian Design Museum.

Machine intelligence plays a growing role in our lives. How do we ensure that these machines will be trustworthy? This talk explores various psychological, social, cultural and political factors that shape our trust in machines. It will also propose an interdisciplinary agenda for understanding and improving our human-machine ecology.